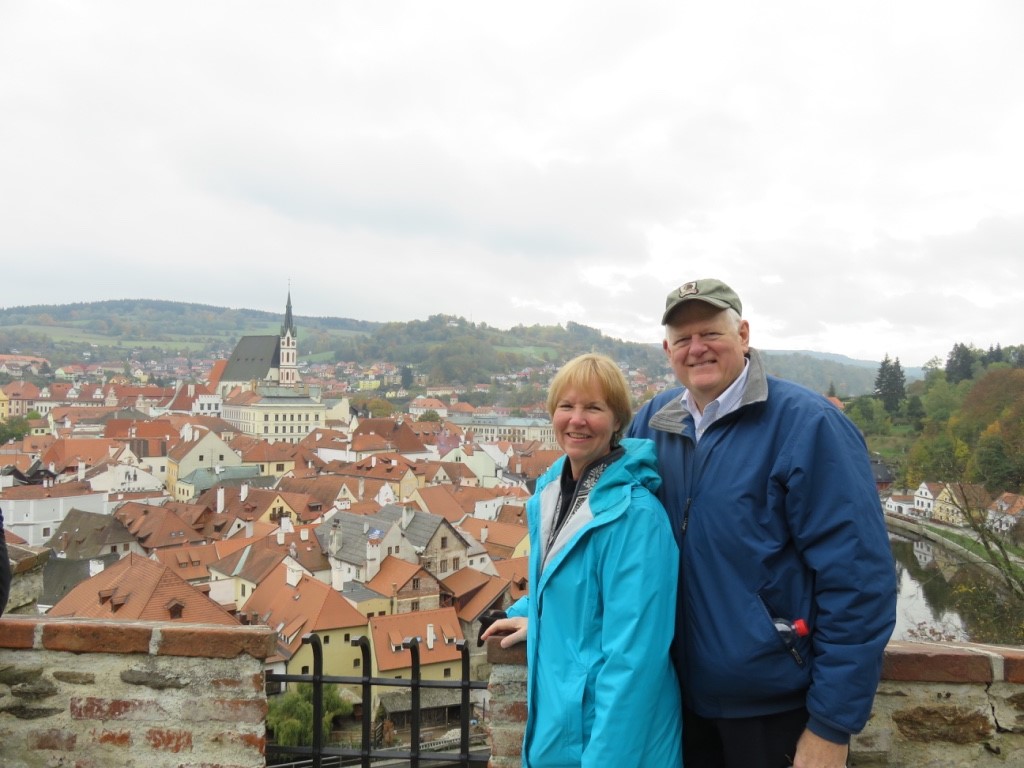 Christina and her husband, Jay Layman, have a beautifully blended family of four children and four grandchildren (plus a few grand-dogs). In the last few months, they have celebrated two beautiful beginnings in their family. In May, their daughter Anna and her husband Simon blessed them with the arrival of baby Peter. Just a few months later, they travelled to their son Scott’s wedding and welcomed daughter-in-law Kaci to the family.

A childhood filled with song and faith:

Chris is the oldest of four siblings, and both of her parents were teachers. From them she learned a love of adventure, of faith and culture, cooking (and cleaning as you go) and the value of music. It came as no surprise to me that Christina comes from a heritage of progressive and strong-willed women.

At 12, she was among eight children ranging in age from 4 to 12 years old who were loaded into ONE station wagon and taken on a six-week road trip. (Remember, there were no iPads yet!)

With her three siblings, she traveled with her mother from Fargo to Detroit. During this first leg of the journey, the family vehicle was a reluctant participant, and so upon arrival in Michigan, all eight children, plus one dog and two moms, would travel in that single station wagon with a carrier on top and a pop-up trailer behind. These two women drove, set up tents, and cared for eight children as they traveled from Michigan to North Carolina to begin their planned trek to Nova Scotia, through several Canadian provinces, and back to Detroit.

Suffice it to say, memories were made.

A family history of military service:

Following the advice and the path of her father, Christina joined the Air National Guard and received training in photography. As she moved from North Dakota to Wisconsin, Florida, Illinois, and Pennsylvania, she continued her Guard experience. She served as the unit’s choir director in Chicago and was one of two women commissioned in an Army National Guard unit in Wisconsin. At the time, women in the military were typically there as nurses, but during Chris’s tenure, women began to be admitted to other areas. This wasn’t always met with pleasantries from the OG, but following the lead of her spirited mother, Christina forged ahead.

Among her education in the military was an opportunity to serve as the choir director of the Chicago Guard unit and an intensive diversity program in Florida. The little girl from small-town Fargo saw things a bit differently after that experience. And, of course, the goal of education is to bring new light to our world view.

But were there boots on the ground?

As her unit performed various exercises, Christina found herself having difficulty maintaining her footing. The realization that women, while walking the same paths as the men, were provided shoes that gave them no traction may have been a deterrent to some, but for Christina, this was simply a hurdle that she would overcome.

Christina’s family valued culture and music, and so from an early age, she was given the opportunity to learn and explore. She partook in piano, cello, and voice lessons, sang in the choir, and taught herself to play guitar. It shouldn’t come as a surprise that she went on to major in Music Education, first at North Dakota State in Fargo, then at Viterbo in LaCrosse, Wisconsin, where she earned her Bachelor of Music and went on to teach elementary music (in Minnesota) then taught for six years in a small school in Whiting, Indiana where she had students in grades 1 through 12.

Christina’s love for music was nurtured by her voice teacher, Dan Preston, for whom her son is named. He was a choir director “who believed young people were critical to music.” This philosophy impacted Chris’s career choice and affects her pride in Cantate where, she says, “CYV shows kids that music is a lifelong opportunity.”

Christina’s experiences from early childhood through the military, college, and teaching brought her to this place in Cantate Carlisle. She first donned the blue dress as an alto in 2006. She loved the progressive thinking and direction of founder, Cheryl Parsons, and enjoys the passion and challenges brought by our current artistic director, Michelle Trefren.

Christina joined the Board of Directors in 2017 and is currently the Vice President and Personnel Chair. She talks lovingly of this organization and the people who built it and continue to help it to thrive.

“Gala was a fun project, and I chaired the search for an artistic director when Michelle was hired.” Celebration and artistic direction are vital to the health of our organization and to Christina’s life: “Choral music has been a part of my life since I was five. I’ve been in some form of choir for sixty years. Cantate is the first time since my 20s that I am part of a group that sings challenging music [chosen by artistic directors to be] so inspirational. They choose music that requires the listeners to invest in something beyond themselves.”

When you get a chance to chat with Christina, ask her about the time she rode cross country with her parents and two younger siblings in a Porsche. You’ll get to see that joyful smile of hers in full bloom. 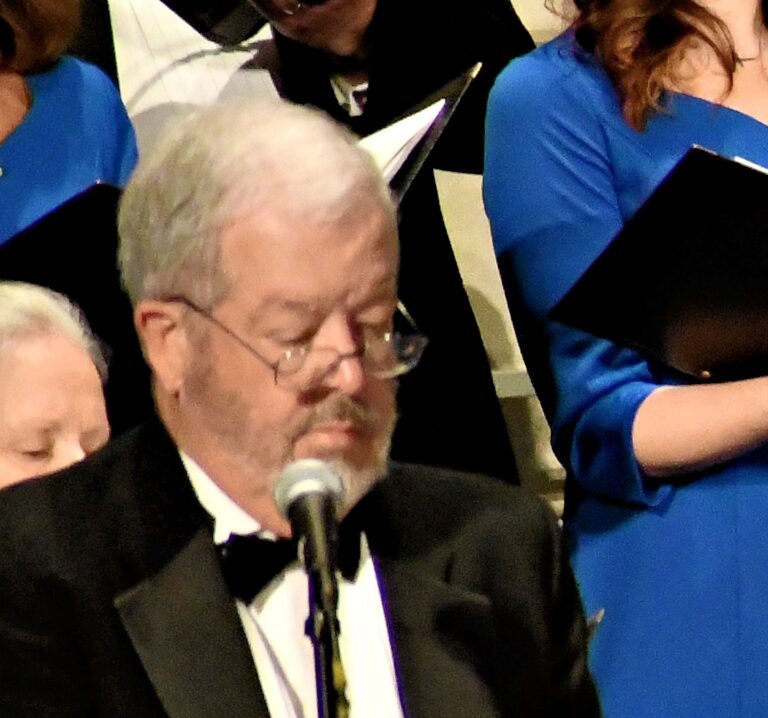 Cantate Carlisle’s Board President, Taylor Andrews, is a master of both hospitality and entertainment. His years of involvement as a singer and Board member have not diminished his enthusiasm for choral music, rehearsals, and all the management that comes with being president of the organization’s board.
Andrews remains “extremely excited to be singing LIVE with Michelle [DiBona Trefren].” 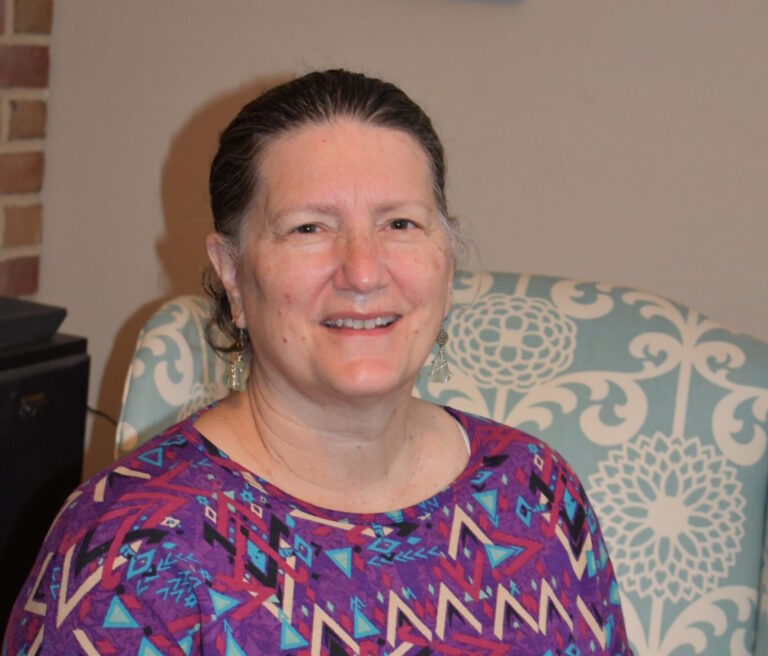 From New Jersey to Hawaii, Mrs. Elizabeth Kammerer has carried her love of music to children – her own and the students with whom she has worked. Kammerer was raised in New Jersey in a home filled with song. Her mother was hired as a church soloist at only 11 years old. She passed this Read More 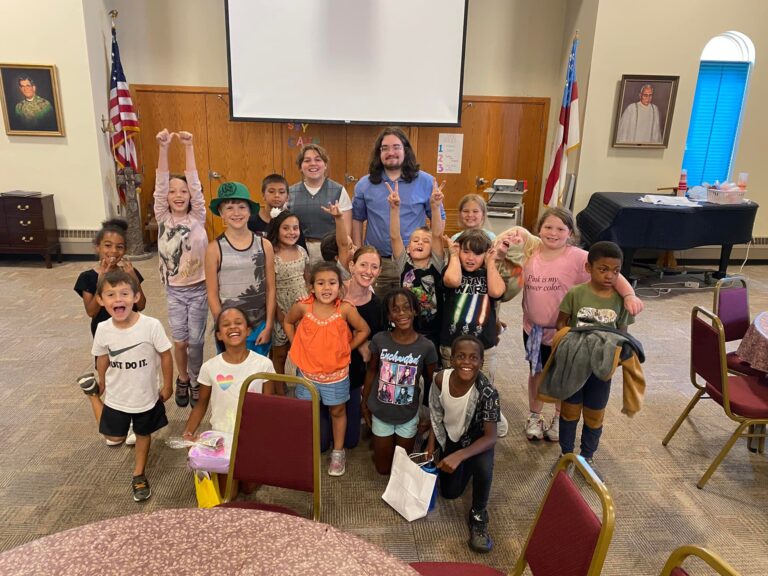 OUR MISSION: Almost exactly one year ago, Cantate Carlisle members poured themselves into truly evaluating the group’s mission and formulated a new mission statement. It’s on the front page of our website and displayed at our events. Board members even have it on a coffee mug as a reminder of what we are all about, Read More