We have several concerts recorded!

Christmas with Cantate Carlisle and Friends

Our 25th Anniversary recording of favorite selections from past performances. It consists of 19 Christmas songs from our first 25 years!

A recording of our May 2009 concert, consisting of music by Canadian and American composers. This music was performed on our Canadian concert tour in June 2009. The recording consists of  23 selections of contemporary and traditional pieces from both countries. Click on the photo to the left to see the song list.

A Luminous Night of Carols & Song

A recording of our December 2019 concert celebrating 30 years of Cantate Carlisle! This CD includes 16 carols and songs of the holiday season. The songs on this recording include the following: 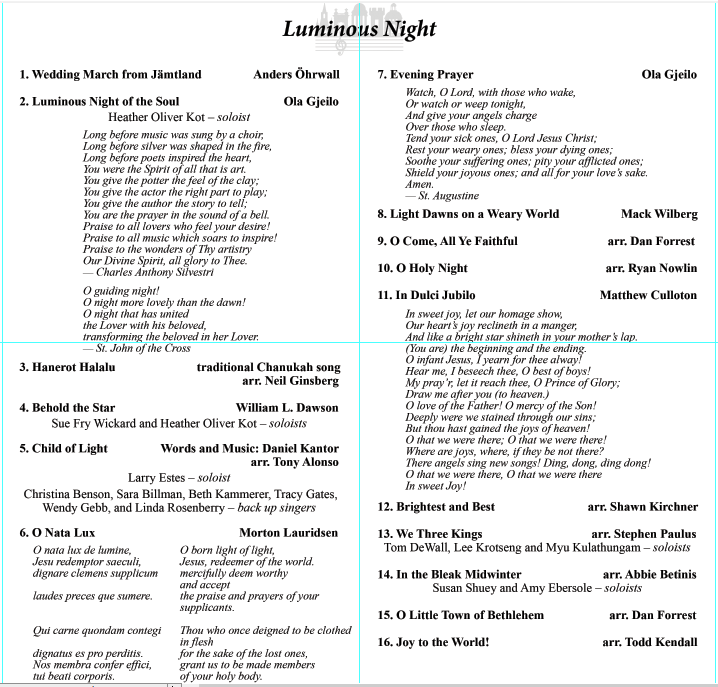